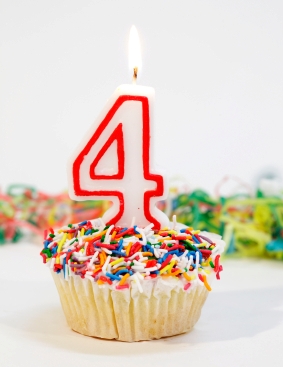 It seems like every anniversary or special episode we have we start the path down memory lane and recap the beginnings of the show and all that. You’ve heard it a dozen times, so we’re not going to do that this week, and I’m not going to do that here. What I will do is thank my original co-hosts, Cary Kelley, Chuck Kennedy and Jason Berek-Lewis for embarking on this adventure with me. All we wanted to do was talk to each other about comics and have fun doing it. And we did. They may not be with me on the journey anymore, but they helped chart the course, and those are memories I will never forget.

And I’ll thank my current co-hosts, John Wilson, Ron Fortier and Gordon Dymowski, who have been with me for a while now, always providing great conversation and fun times as well. We have done well, and we have big things to come, my friends.

And I can’t forget the many reservists and recurring guests we’ve had on the show that are too numerous to list here. Check out the Cast page for their names. You know who you are, though, and I–We thank you.

Now, as for what we have planned for this momentous occasion… it’s nothing too big really. We did a live call-in show for our 100th episode. We did a live video chat for our 200th. Yes, four years is a milestone considering the number is in our title! But we decided against doing anything that spectacular this time around. Instead, we are going to talk about us! Yes, that’s right, we’re taking an entire episode just to stroke our own egos. (that’s a lie – well, partially anyway).

No, what we are going to do is give updates on the various Zone 4 projects in the works. We are also going to talk about what we’re all up to outside of Zone 4. Kind of an extended version of our Plugs segment, that I’m tentatively calling Unplugged. 🙂 Sure, we’ll still have the usual headlines and Facebook shout-outs and all that jazz, but we’re just taking a little time to fill you in on us more or less.

But then what, you may ask, is being done to celebrate this 4-year anniversary? I’m glad you asked! Because there IS something we are doing especially for this event. But I’m not going to announce it here just yet. Tune in to the show on Friday and you’ll hear exactly what we’re going to do. And it’s pretty cool if I do say so myself. Consider it a special treat for all our Legionnaires!

I’ll also be officially announcing the spinoff show I’ve been teasing for weeks now, and we’ll make some other announcements too. Even though it’s much more low-key than previous anniversary episodes, it’s definitely one you don’t want to miss!

In closing, for all of you who have stuck with us through the years, through the good and the bad, and to all of the new listeners that have found us and for whatever reason fell in love with our bacon-loving, wacky antics, we salute you and we thank you from the bottom of our hearts! There have been times I’ve considered hanging it up, but you all keep me coming back. Your support means the world to me-us. And after four years of doing this, you still make it exciting and fun for me to come back each and every week. And I’m sure my co-hosts share that sentiment.